Living Along Tonlé Sap Lake: Stepping Back in Time 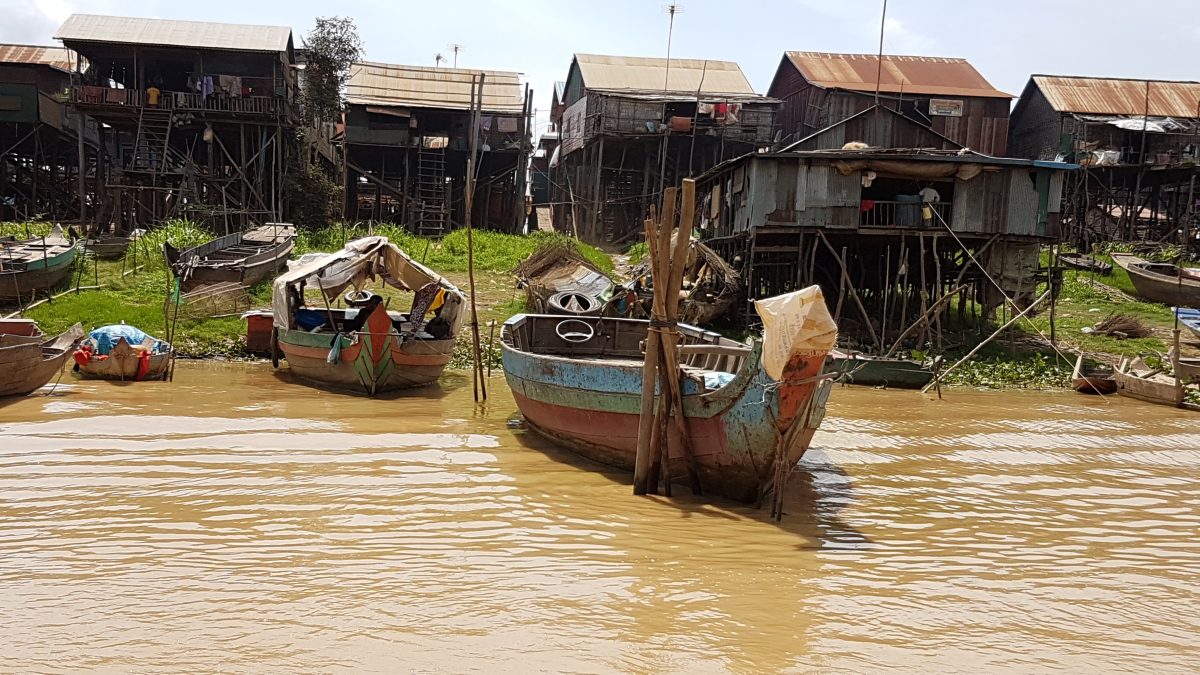 To have a better understanding of Cambodian culture and its people, we went in search of the floating villages.  Imagine living in a stilted house crafted from bamboo, old steel roofing or whatever makeshift pieces you can find to call it home?  Stilted homes line the Tonlé Sap Lake and are a tangible reminder of the poverty experienced by many of the local people.  Would you prefer to live on the water?  Consider living on a rafted boat on a brown-water lake without electricity, internet, television, tap water or any convenience that we take for granted.  While in Siem Reap, taking the time to visit a floating village helps to keep perspective on one’s own lived experience.

We decided to hire a tour guide, Sarith Doss (highly recommend him) to take us to the lake.  On the way, he explained some of the novelties we continually noticed by didn’t understand.  You will see many stands holding glass bottles of yellowish liquid, 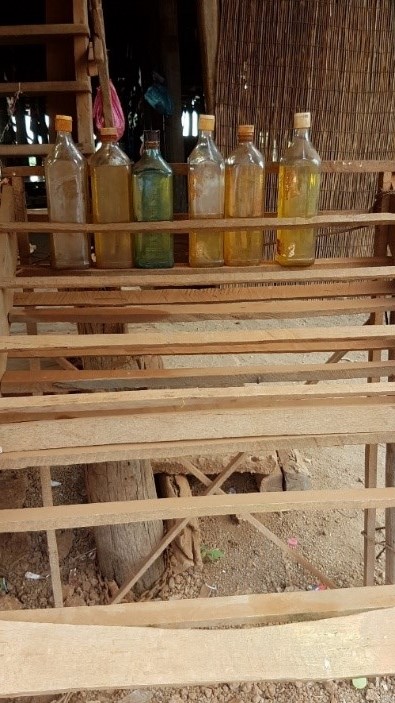 mainly on street corners. These are bottles of gasoline, sold for $1USD, for the tuk-tuk drivers so they don’t find themselves caught short as they shuffle tourists to their destinations.  It is interesting to see how the locals come up with practical ways to fulfil a need. 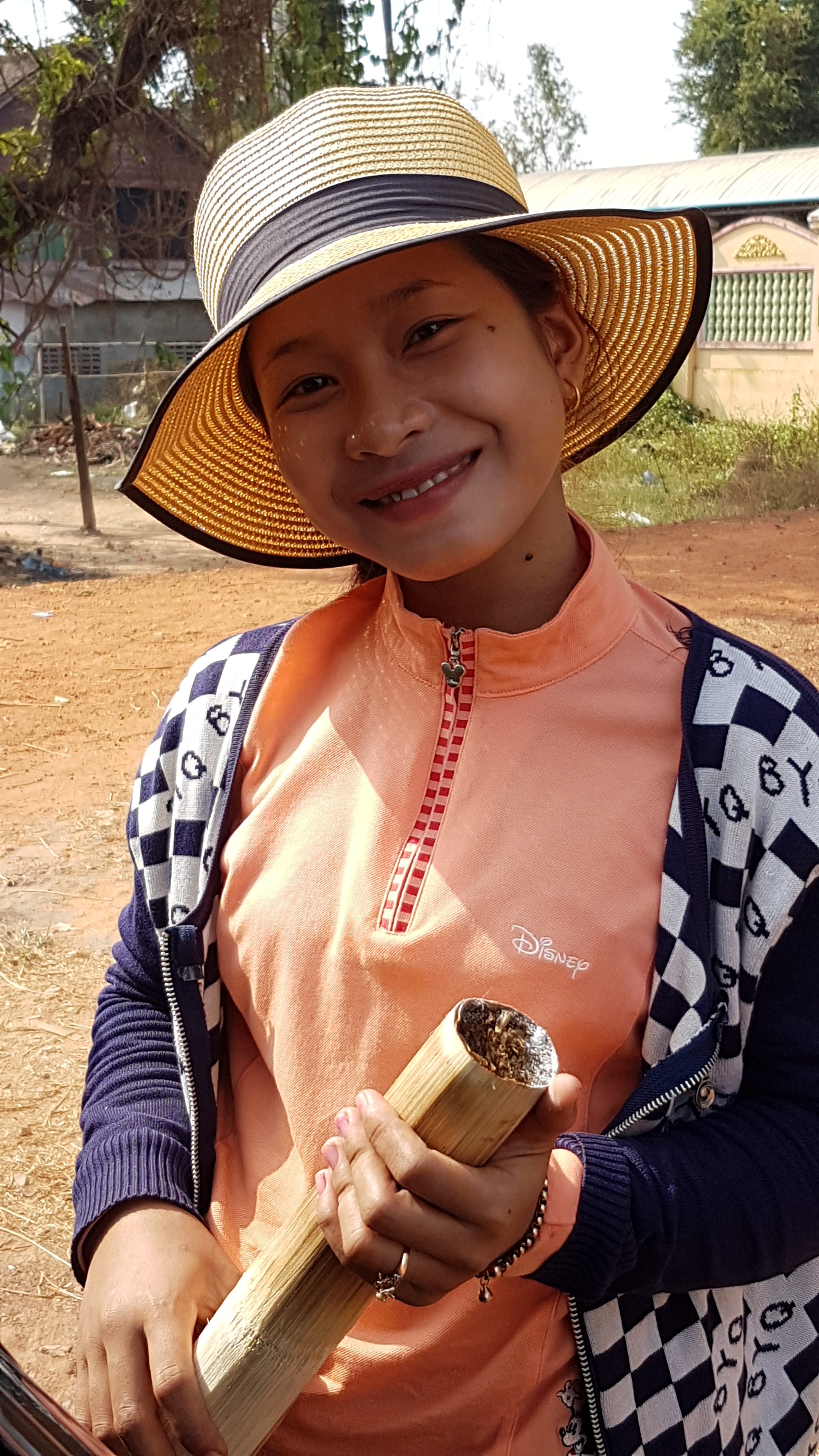 We continue along the countryside, which was green and lush and held the odd humble house and small restaurant. There are several communities living on Tonlé Sap Lake, with four of them slowly developing into tourist destinations.  We make our way to the Kampong Khleang floating village, which is the furthest from Siem Reap and less touristy.  Kampong Khleang is roughly 50 kms from our hotel, or just over an hour’s drive.

Sarith explained that one of their delicacies is a coconut sticky rice with black beans wrapped in banana leaves, locally known as Khao Dome.  It is typically made with rice, coconut milk, palm sugar and beans, and is sold at the side of the road to tourists on their way to the villages or the temples.   We stopped and purchased four ($4USD).  I wasn’t sure about purchasing food from the side of the road,  but I quickly overcame any reservations with the first bite of this sweet, sticky rice.  I cannot compare it to any treat I’ve had before, except to say that it was delicious!

On the way to the floating village, we stopped at a small town and walked from one end to the other.  I am not one for the touristy side of life, and I have to admit that I wasn’t quite sure what to expect when we reached our destination.  It was the journey along the way that opened my eyes. Before heading out, I read about the degree of begging, high-pressure sales from young children and various techniques to get you to part ways with your money. We did not experience any of this in our village walk-through or on the lake.  What I was surprised to see was the degree of opportunity and poverty working side-by-side.   Fishing is the primary way of life, along with rice paddy fields.  Tonlé Sap Lake is the largest fresh water lake in Asia during the wet season and is connected to the larger Mekong River and Tonlé Sap River.  What became apparent is the lake is used for fishing, bathing, food washing and swimming.  There was no obvious means of waste disposal which begs another question.

We met several young children working with their mothers and grandmothers prepping fish.  Although the children stared at us as we went by, we did not experience any begging, none of the children came close to use or tried to sell us anything. Their parents just went about their day, stringing fish together in preparation for the dry season, pretending we weren’t there.

The simplicity of how the local people lived could be viewed as an example of poverty or an exercise in humility.  Families sleep in simple houses built precariously on bamboo stilts on the side of the lake, with rickety ladders leading up to the entrance.  The purpose of the stilts is to keep homes dry during the wet season when the water level rises dramatically. The homes are one big open square with no signs of running water, electricity or privacy.  We were pulled aside by a man who was very proud of a wooden airplane he built and displayed outside of his home.  We were invited into his home where he introduced us to his wife and daughter.  Through our guide, he explained that the family lived a communal lifestyle, but when the daughter is married a corner of the home will be sectioned off for her and her groom.  She is expected and encouraged to live with the family and it is not unusual to see multi-generational families live in one home. The beds were mats on the floor with a pillow and blanket and a bug net. Other homes had their sleeping mats suspended off the floor, complete with bug nets.  Their boats rested on the shore behind the homes, and were fashioned from bamboo, pieces of steel, cloth, and old tires, with plastic jugs for floats.  Other boats build solidly from bamboo showed what could be an attempt at a hierarchy, or perhaps just a visitor to the region. 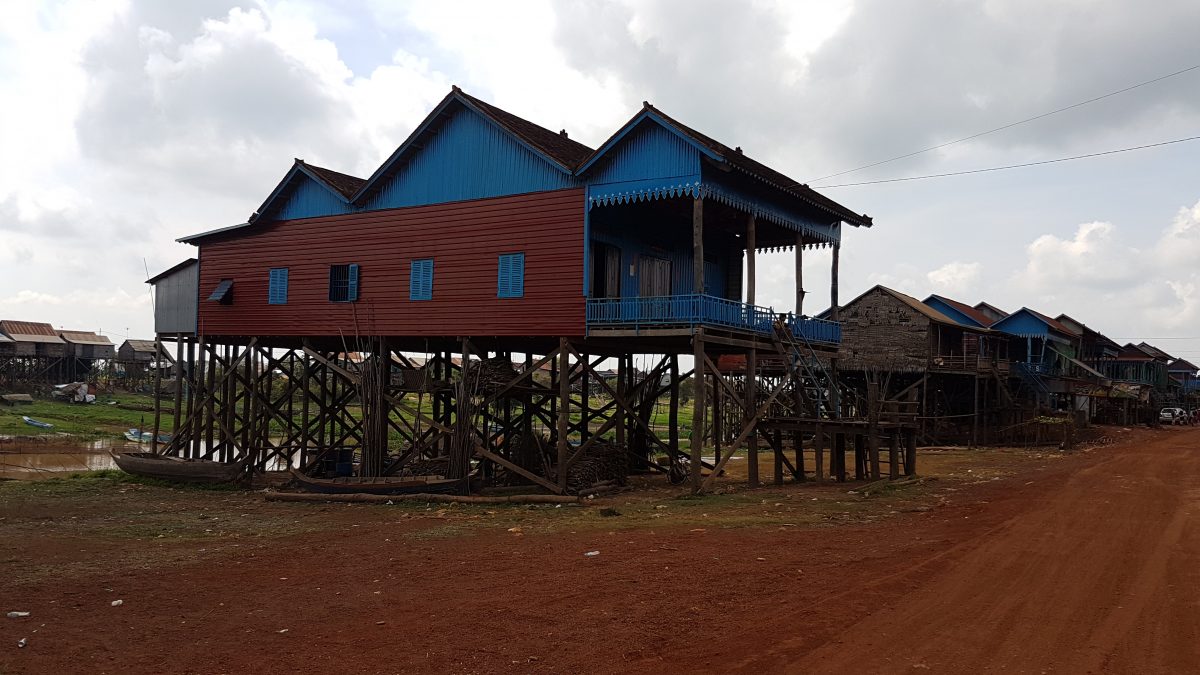 We boarded a boat at the Kampong Khleang community based eco-tourism centre.  Kampong Khleang has both stilted and floating houses and is home to approximately 6,000 people.   The floating villages are moved according to the water levels and can be seen along the water’s edge during the dry season.   Aside  from the many uses for the lake, there was evidence of progress with the odd person sitting on their porch using a cell phone powered by a car battery. This was few and far between but enough to catch your eye and made me question how they can have cell phones but no clean water.  The numerous fishing boats along the lake had thatched or rusted steel roofs with wooden foundations.  Fishing poles and nets staked out territories, but any catch of fish was shared with the community.  Although most of the men were fishermen, there are government rules around when they can fish, generally the shoulder season in-between the wet and dry seasons.  Although this still allows for plenty of opportunity, there are concerns for the future if the fishing industry becomes more regulated. The rice crops subsidize the annual in-take of fish.

Twenty minutes later, we caught out first view of several buildings that make up a floating village.  A floating village is generally made up of several boats, homes to families, as well as a school, mobile grocery boat and small motorboats used for visiting local relatives.  The village we came across was quite small and spread out.  Our guide explained that families generally set up their floating homes in the same area.  There appears to be a growing interest in people who live in floating homes, travel to floating schools and eat in floating restaurants and this has become a tourist attraction in recent years. 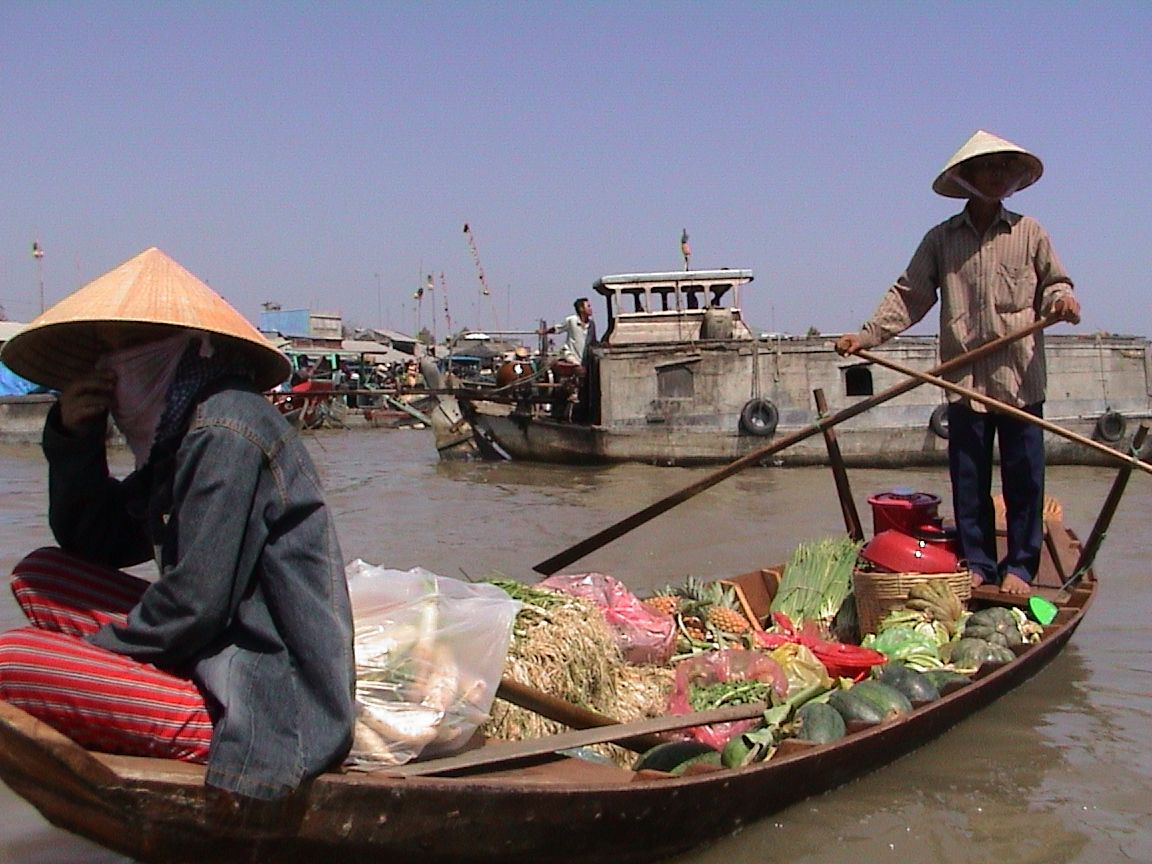 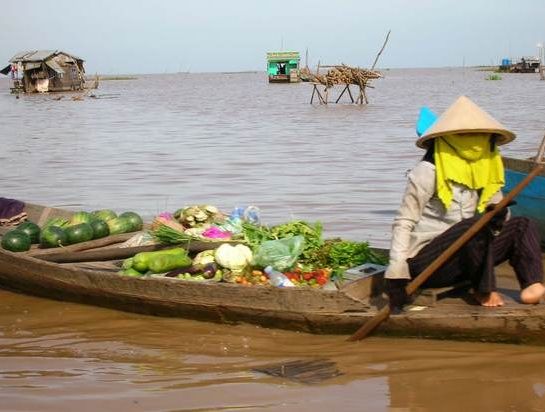 Travelling to me is all about seeing how other people live and appreciating the differences in people and culture.  Travelling along the Tonlé Sap Lake, by car, on foot and by boat, gave me a small glimpse into the hard lives of those who call the lake their home. There was a genuine warmth with how we were welcomed into their world, if only for a few hours.  These were clearly some of the poorest people I had met in Cambodia, judging by western standards, but they did not seem to know they were poor. They found a way not only survive, but to thrive by the simplest of standards.  This was both an experience and an opportunity that I will never forget and will be a frequent reminder of how fortunate I am to have had this insight.  What I know for sure is the residents along the lake are self-sufficient, hard-working people. It was both heart-breaking and humbling, and it re-defined privilege in society based on western terms.

How to get there: Tuk-tuk, tour guide, car or scooter.